A repeat killer? A computational node? The world's most popular podcast? Not into them... this is how we do cereal.

There used to be few things in life I loved more than zipping up my onesie, turning off my phone and settling down to watch a primetime family TV show whilst eating a bowl of cereal. I'm pleased to say that thanks to Cheerios I have recently been catapulted into new heights of TV cereal pleasure.

For the first time in televisual history, ITV have commissioned full celebrity laden TV quiz to support our new 'Cheerios vs the kids' show. Their 15 minute bumpers called 'Big Star's Little Star' have been carefully designed to keep people watching until the next Cheerios instalment. It's brave programming and I for one have been hooked. But enough about the bumpers, as smart a move as they are... the real joy is of course the beautiful Cheerios family. Voiced by real kids from around the country saying unplanned and unscripted nuggets of innocent hilarity, they have proved to be a nationwide hit, bringing joy into houses up and down the country. Kudos Cheerios, kudos the kids, kudos ITV, kudos all at Knock Knock. Kudos! 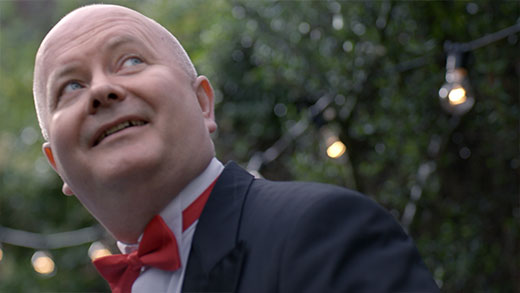